Changes ahead: Germany makes a historic decision at the next election 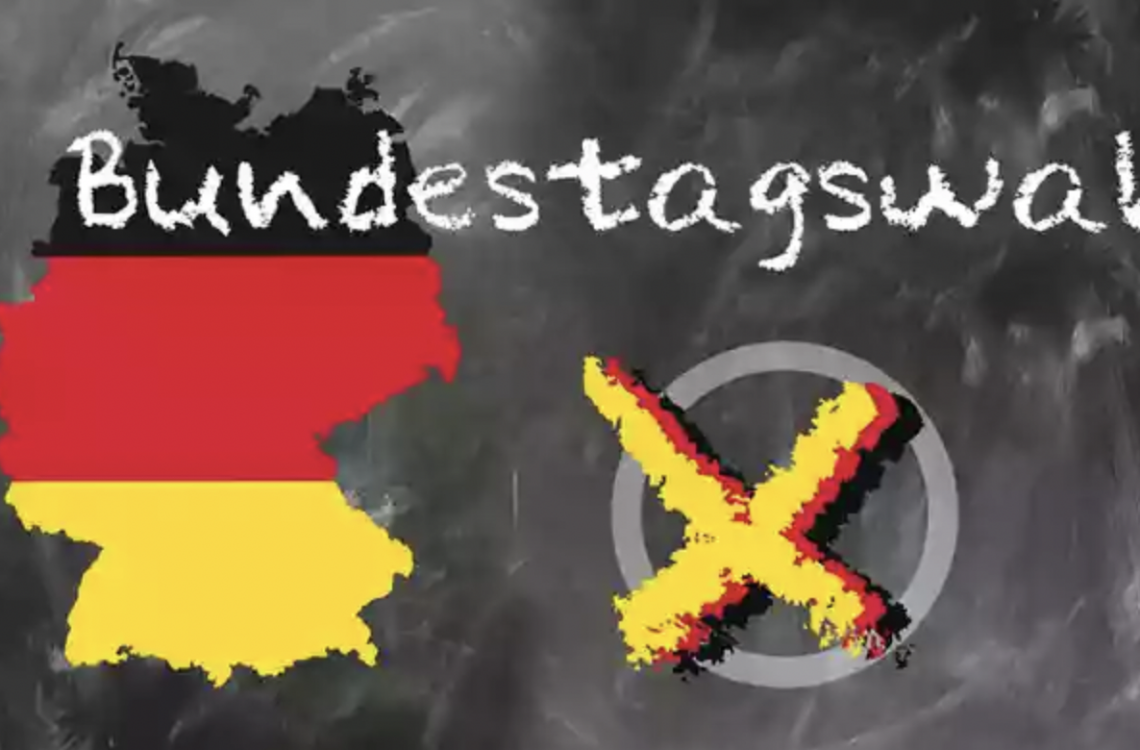 On September 26th 2021, Germans will go to the polls to elect a new Chancellor for one of Europe’s largest countries. Huge changes are ahead, since this is not totally common in Germany, where the wish for continuity and predictability is so strong that in the last 40 years two Chancellors each ruled 16 years without change.

Helmut Kohl was in office from 1982 to 1998, and after a short intermezzo with Social Democrat Gerhard Schröder, Angela Merkel took over and might break Kohl’s 16-year-record. In case the new government elected in the upcoming election takes longer than December 17th to be inaugurated, she will take the pole position – and it is likely that she will keep it, because German politicians like Green candidate Annalena Baerbock already float the idea to limit the maximum time of staying in office for the future.

For a little while in April, Baerbock was the pollster’s favourite to succeed Angela Merkel – a political earthquake, although her party has made a lot of progress in German elections over the last decades was in office as junior partner in coalitions and even in government in many of the 16 German states. The last time the Green Party was in federal government was before Merkel took office, together with social democratic Chancellor Schröder in Berlin, and this time left some serious scars on the former alternative party.

Joschka Fischer, the most prominent Green politician of this time, made an interesting turn from being “the first Minister in trainers”, who called the President of the Hessian Parliament an “Arsehole” during session… to a neo liberal statesman who was best friends with Madeline Albright, US state secretary under Bill Clinton. The Schröder/Fischer government had some good years at the start, but ended in a proper car crash after a series of pretty harsh economical and social reforms. A seemingly drunk Gerhard Schröder struggled to accept his final election defeat against Angela Merkel, helplessly claiming victory in front of TV cameras.

It needs these kind of huge grievances to change a federal government in Germany. Smaller issues will usually be reflected in elections in the 16 German states. Angela Merkel was remarkably successful in “staying the course”, maneuvering through many a crisis calmly and measured, earning her the nickname of “Mutti Merkel” (Mommy Merkel). Even her critics – and there are plenty – had to admit that she was usually dignified and level headed. Her personality and appearance kept her unharmed by her ruling party’s scandals and mishaps that might have toppled other leaders.

At the day of her last speech in parliament, she did not only receive standing ovations in the Bundestag, but the admiration went so far that there are even billboards across the country, financed by private citizens and companies, thanking the “mother of the nation”.

For her legacy, Angela Merkel’s retirement comes at the best possible time. She chose it with the impeccable timing and confident political instinct that guided her through the years in office. Whether this situation is as good for the country as it is for her is another question, as she leaves a vacuum of power.

Her own party, the Christian-Democrats CDU, seems worn and tired. The competing Social Democrats SPD has lost its profile over the Merkel years, taking on the constant role of a junior partner in coalition. It seems a bit unclear what the party actually stands for, but many voters see them as co-responsible for the things they disliked about Merkel’s government.

So where are these parties on the political spectrum? The CDU is the German Conservative Party, the SPD is equivalent to the British Labour Party. This comparison is not quite as straightforward as it may seem, though – politics in Germany are quite a bit more left-leaning than in the UK or in the US, and a lot less polarised.

One of the reasons for that is the voting system. Germany has settled for Proportional Representation rather than First Past The Post for its parliamentary elections. Parties gain seats in the Bundestag according to the percentage of votes they received in the election, which makes it very hard for a single party to gain an absolute majority and rule alone. (There is a bit more to be said about the German electoral system, but more about that below).

Despite the PR voting system, CDU and SPD dominated elections of the past, taking turns in power. In case the voters’ decisions wasn’t totally clear, a smaller party was there to break any tie: The German version of the Liberal Democrats, the FDP, usually gained between 5 and 10 per cent of the votes, yet was in government with either CDU or SPD for decades.

This has changed. The political landscape has fragmented, for many different reasons. One of them is the ecological movement around the Green Party, like in many other countries in Europe. The other reason is the German reunification, which added a new left wing party to the mix. And last not least: The current global surge of far right movements has brought in contenders on the far right. Instead of 45 per cent or more, neither CDU nor SPD command more than 25 per cent of the vote now – and that makes the race narrow.

Despite the hype of the last years, the notorious far right parties don’t stand the slightest chance to get anywhere near government. While some fear that the Alternative für Deutschland AfD might have a shot to end up in coalition with CDU and the German Liberal Democrats FDP, this is rather unlikely. The only attempt to build a government this way, in the state of Thuringia, led to such an outcry throughout the country that the project was abandoned within less than a weak.

German democracy: Born of historical trauma and modern ambitions
A few paragraphs ago I claimed that Germany has Proportional Representation in Parliament, yet that is not the whole truth. Indeed, based on the experiences of the Weimar Republic and with the aim to create a bullet proof democracy, the founding fathers of the Bundesrepublik Deutschland (the Federal Republic of Germany) created a voting system so complex that CNN claims that “most Germans don’t understand it”.

There are two reasons for this: The federal system of government, and the voting system itself. Germany uses a Mixed Member Proportional system, which means that 299 of the 598 seats in Parliament are filled via a List vote, based on the percentage of votes that any party collected. Because Germany still wants local MPs that citizens can turn to, the other 299 seats are filled with a direct vote that obeys the very same idea as in Britain: First Past the Post. The constituency candidate with the most votes gets the seat.

Since the seats in Parliament are required by the constitution to represent the percentage of votes, this sometimes leads to so called overhang mandates – sometimes a party has more directly elected candidates than the percentage of list votes allow. To make up for these seats, additional list candidates of the other parties move into parliament, until the percentage of the list vote equals the percentage of Members of Parliament. This complicated procedure delivered 709 instead of 598 MPs in 2017, and it is very likely that similar things happen in this year’s election.

To complicate matters even further, there is an additional hurdle: A party that doesn’t reach at least 5 per cent of the list votes can’t move into parliament – this is a lesson learned from the times of Weimar Republic, where tiny splinter parties blocked the parliamentary work and the resulting chaos paved the way for Nazi rule. This 5% rule, however, does not affect direct candidates that can still take their seat in the Bundestag – and a party that delivers at least 5 seats in parliament this way, is exempt from the 5% rule altogether.

If you lost track in all this, you can do what most Germans do: On election day, they rely on the percentage in list votes to know who has won.

While the Bundestag is the equivalent of the British House of Commons, there is also an Upper House. Its members, however, are elected, unlike in Britain – by the German states. Every one of these states sends members to the Bundesrat, and this second chamber of parliament has considerable power.

The Bundespräsident, the Head of State, is elected every five years by the Bundesversammlung, the Federal Assembly, which consists of the members of Bundestag and an equal amount of electors sent by the 16 states. These electors are often hand picked VIPs, scientists, writers, musicians and other celebrities, making the Bundesversammlung a proper state event with lots of glamour.

Sometimes quirky – always serious
Googling for election extravaganza is easy in the UK. Lord Buckethead, the Monster Raving Looney Party, a candidate dressed as Sesame Street’s Elmo standing against the Prime Minister – British humour does not disappoint, even on election day.

Germany is a lot more serious, but among the 6.211 candidates are still quite a few proper characters. Surprisingly, the weirdly named Pirate Party is not nearly as strange as could be expected. Emerged from the Hacker community, the Pirates are focused on digital human rights. The satirical venture “Die Partei” (literally: The Party) is run by comedians. While it is promoting plenty of nonsense pledges, their purpose is pretty serious: To challenge the status quo and question business as usual in parliament.

Others like the Animal Rights Party, the interestingly named love party “LIEBE”, the Gardener Party and the “Team Todenhöfer”, founded by a well known and often controversial journalist, are outliars that have as little chances as the Marxist Leninist Pary or the Deutsche Kommunistische Partei. Nevertheless they all contribute to a certain pluralism and creative chaos that a lively democracy needs.

If you are going to follow the German news on September 26th, don’t expect any of these names to be featured there. Very likely, the race will be mainly between Conservative Armin Laschet and Social Democrat Olaf Scholz – with a minor chance that the Green Party’s Annalena Baerbock gets to really challenge them.

The race is on, and it is exciting.
Recommendation for further reading: The Federal Agency for Civic Education (Bundeszentrale für Politische Bildung)